Weekly update - Not a good time for policy error

Investors are becoming increasingly concerned about rising bond yields and the prospect of higher inflation. In the past week or so, we have seen an increase in equity market volatility, a sell-off in some of the more “speculative” parts of the market, an increase in inflation expectations and 10-year bond yields rising to one year highs. These moves are largely the result of a good news event; an expectation that the global economy is recovering strongly on the back of extremely expansionary fiscal and monetary policies together with clear evidence that Covid vaccination programmes are working. There is also an expectation that strengthening economic activity will result in higher inflation and bond yields. 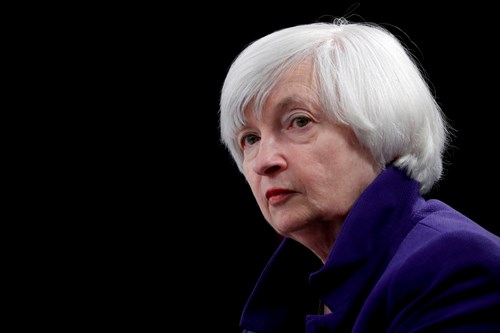 It’s true that global reflation is in full swing. The US is close to agreeing another huge $1.9tn fiscal stimulus package whilst Janet Yellen, US Treasury Secretary and former Fed chair, is also talking about an additional $3-4tn investment programme over the next few years. Having the unique insight that comes from her academic background and time at the Fed, she clearly believes that now is absolutely the time to “go big” and ensure that the US economy not only recovers to its pre-pandemic path as quickly as possible but also moves to a higher growth trajectory through increased productivity and maximum employment. Yellen also believes this is possible without worrying about the high and growing debt levels because “interest rates are at historic lows”. There are two very important points to note here; firstly US fiscal spending will stay extremely strong and secondly, interest rates and financing costs need to stay very low. Other governments will pursue similar policies.

Fed chair Powell is absolutely on board with this and has made it quite clear that the Fed will keep monetary policy as easy as possible until the US gets back to “full employment” and achieves its longer-term inflation target. 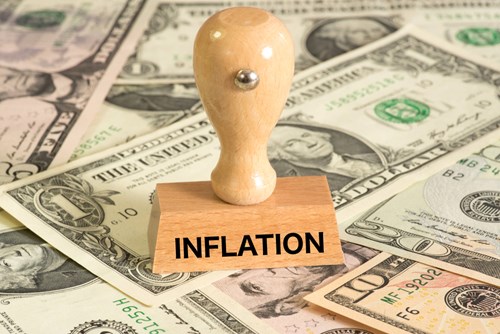 For US inflation to hit the Fed’s target, which is based on an average rate of 2% over the long-term, US inflation could run as high as 4% for a few years without troubling the Fed too much. However, higher inflation could easily “spook” markets in the interim and to some extent, recent market moves are reflective of the reality that we will see higher headline inflation rates over the next few months, mainly as a result of the base effects of higher energy and food prices. The key point for markets, however, is that core inflation remains subdued and the cyclical and secular disinflationary forces remain powerful and dominant. Central banks, led by the Fed, will look through any transient rise in near-term inflation and will continue to keep short-term rates near zero for years to come and will use all policy levers available to prevent longer-term rates rising much above current levels. This is required to ensure that the economic recovery gains traction, to try to overcome the powerful deflationary pressures and to boost nominal growth in order to “inflate” away the debt problem.

We have already seen central banks step up either action or rhetoric in order to slow the rise in bond yields and calm markets. Central banks in Australia and Korea have intervened in markets to cap rates, whilst the ECB have voiced strong concerns about rising rates.

I fully expect the Fed and other central banks to act aggressively, if necessary and prevent yields rising much further, even if growth accelerates as expected and inflation rises. In my view, we remain in a liquidity and economic recovery driven bull market for equities.

All components of growth are contributing to the reflation story; pent-up consumption, increased government spending, rising corporate investment and improving global trade. Stronger growth, a weaker dollar, rising profit expectations and higher bond yields should ensure that the equity rotation into value, cyclicals, small cap and emerging markets continues for some time. Expensive growth stocks, and mega cap tech, in particular, will struggle due to expensive valuations and since they are longer duration assets, which tend to underperform in periods of rising bond yields. However, the long-term bullish arguments for these stocks remain in-tact and the most likely scenario is that they under-perform in relative terms for a while rather than suffer a period of absolute decline.

On a more cautious note however, I expect volatility in all asset classes to move and stay higher over the next few years. The global economy is undergoing a regime change from monetary policy dominating to Keynesian-style reflation led by fiscal policy. The geo-political landscape is also changing significantly as China challenges the US for supremacy and as globalisation wanes at the same time as populism grows. Volatility always rises at inflection points and it is likely that the changing landscape will eventually result in higher inflation and bond yields, although not for some considerable time. In addition, all of the necessary conditions for financial bubbles to thrive are in place and there are clear signs of speculation in some areas of the market. Hopefully, some of this “excess” can be worked off without any systemic event. For the past decade, holding growth stocks and “buying on dips” has been the winning strategy for investors. A more flexible, active and balanced investment strategy will likely be needed for the rest of this decade. 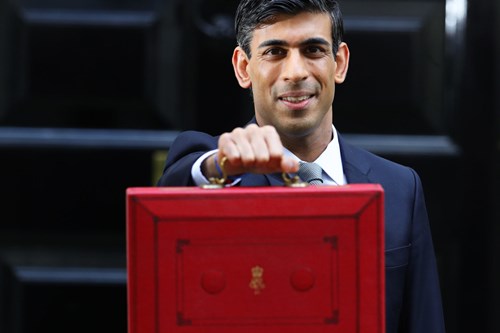 On a final note, the UK Chancellor will present his budget on Wednesday.

There has been much speculation about the UK Government favouring an early tightening of fiscal policy in order to pay for the Covid-induced increase in government spending and growing fiscal deficit. In my view, this would be a big mistake.

The UK economy needs more time to recover from the dual shock of Brexit and Covid. If fiscal policy is tightened too soon, it could be self-defeating as it would lead to a slower economic recovery, cause long-term damage and mean that any fiscal consolidation would have to be even greater. It would also be a bit of an “own goal” since the whole point of leaving the EU is to allow the UK to pursue its own policies in order to boost longer-term growth prospects. It’s much more sensible to let the economy recover as strongly as possible whilst inflation and interest rates are so low. Stronger growth will result in a higher tax revenue for the government, increased investment (both domestic and overseas), falling deficits and a reduced debt burden. Hopefully the Chancellor will listen to Janet Yellen and delivers a budget which focuses more on extending the support for the economy and helping the UK to “grow” its way out of the problem.