Boscher's Big Picture - Inflation is likely the key issue for investment strategy – and the jury is still out!

Equity markets have continued to make solid gains this year, despite several headwinds including higher bond yields, rising inflation and the delayed vaccine rollout in a number of countries. This impressive performance is largely thanks to growing evidence that the global economic upswing is in full force, plentiful liquidity, supportive fiscal and monetary policies and pent-up demand. The IMF, most forecasters and central banks are all busy revising upwards their growth forecasts for 2021 and 2022 as a growing amount of data backs up their confidence. Whilst there is little debate on the strength of the recovery in activity, views are becoming increasingly polarised on the future path of inflation. In my view, whether the current rise in headline inflation numbers proves to be transitory or evolves into a longer lasting and stronger trend is probably the most important issue facing investors at the current time. 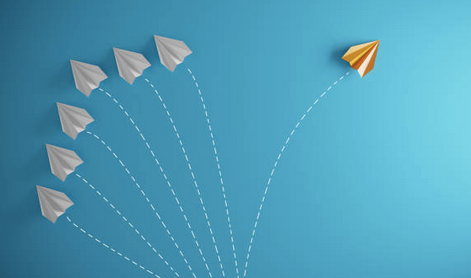 A regime change could be underway

I have been in the disinflation/deflation camp for the past 20 years or so, believing that the secular forces putting downward pressure on inflation, namely demographics, growing debt levels, excess savings over investment and technological disruption, would prevail. I have also experienced similar periods when markets got overly excited about the prospect of higher inflation as a result of large monetary expansion, big deficits and central banks attempting to raise inflation expectations. Each time proved to be a false start, largely due to the structural trends at play. However, I am increasingly leaning to the view that a regime change is underway and inflation, interest rates and bond yields are heading higher although not just yet.

The main rationale in favour of a new trend of rising inflation is that a return to the fiscal dominance and monetary accommodation of the late 1960s and ‘70s will overheat the US economy and bring about a change in psychology. In this scenario, the combination of unprecedented pent-up demand, rapid money supply growth and the transition from Covid relief to infrastructure, environmental and other productivity enhancing investment will come up against supply side constraints as a result of Covid and years of resource underinvestment. Hence, global aggregate demand will start to exceed aggregate supply with higher prices the result. With the US government having already injected in excess of $5.7tn in fiscal stimulus into the economy with more to come, and with the Fed printing money to finance the growing budget deficits, these are legitimate concerns. It is also clear that central banks and governments (mainly in developed economies) would welcome higher nominal growth and inflation given deflationary risks and high debt levels. They have both the motivation (debt/deflation) and means (QE, financial repression, int rates) to achieve their objectives with the Fed leading the way.

At the same time, these policies and trends will spur persistent trade and financial flows of dollars overseas, which will likely lead to a weaker dollar, a resources intensive boom in emerging markets and a main street focused consumption and investment surge in the US. This would be expected to put substantial upward pressure on resource prices and wages and make it more likely that companies could pass on these higher costs to consumers. Another critical and largely unanticipated consequence will be that higher nominal and real bond yields (financing costs) and the inflating cost of capital equipment will encourage companies to substitute from capital to labour. Although there is plenty of labour market slack at present and unemployment rates remain high, this will quickly change and both labour markets and capacity utilisation will tighten much more than in previous cycles. 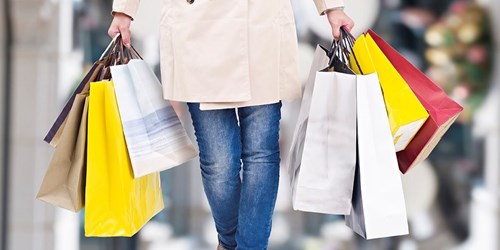 Time for a spending spree?

From a monetarist perspective, it’s certainly true that US money growth is in full swing and substantially stronger than it has been for most of the post-GFC period. However, surging money supply does not automatically lead to rising inflation if the excess funding adds to net savings rather than consumption, which is largely what has been happening to-date. Looked at another way, most of the extra fiscal spending by governments and QE created by banks has simply replaced a reduction in consumption by consumers and investment by companies. With household income and deposits booming, largely due to fiscal transfers funded by the Fed, the only missing ingredient for this to translate into higher inflation is a pick-up in the velocity (circulation) of money. Therefore, key to this question is whether consumers embark on a spending spree once economies fully re-open and whether banks respond by offering lots of credit. Corporate investment is also important here. At present, companies can easily finance capex needs through cash flow or bond markets. This could change as bond yields rise and the additional demand necessitates increased investment. Should this outcome materialise, the velocity of money will recover (especially in the US) and work hand in hand with the increased money supply to exert upward pressure on nominal growth and inflation.

Several other factors imply that inflation is likely to surprise on the upside over time. One of the negative impacts of globalisation and the extremely expansive monetary and fiscal policies is that income inequality has worsened. This has led to rising populism (as evidenced by Brexit and Trump), more extreme politics on both sides of the spectrum, a move away from globalisation towards “on-shoring” production and calls for higher minimum wages together with the introduction of a universal basic income. Demographics in the US will also play a part here as the retirement of baby boomers entails more consumption and less production (assuming the workforce shrinks and productivity doesn’t increase) and is, therefore inflationary. These trends are likely to accelerate putting upward pressure on companies’ input costs, which can be passed on to consumers as demand increases.

We should also remember that inflation is a psychological phenomenon as well as a measure of prices. Everyone has become used to falling or low prices and it has become ingrained in the behaviour of consumers and businesses. Once this psychology changes and inflation expectations start to rise, it becomes a self-reinforcing process. If people perceive that inflation will pick up, they start to bring forward purchases, hold less cash and demand wage rises. Companies, expecting higher input costs and selling prices, will start to hold more inventory and working capital.

As ever with economics, whilst the case for higher inflation is gaining traction, there are also several reasons why this could once again prove to be a false prophecy. The strongest argument against becoming overly concerned is simply the aforementioned- secular disinflationary forces, which remain dominant and powerful. If anything, their strength has grown due to the pandemic as global savings have boomed, the digitalisation of economies is accelerating at an even faster pace, global debt levels have spiked higher and global demographics continue to deteriorate. 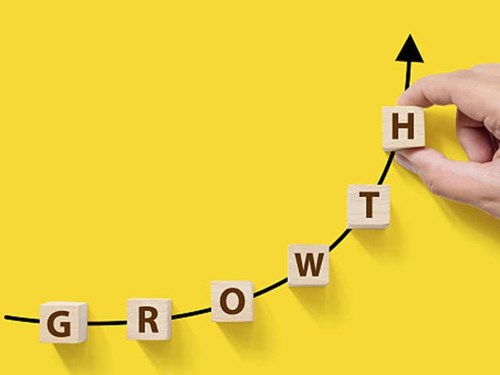 From a cyclical perspective, it will also take most economies, such as the US and Europe, another two to three years before they return to their pre-Covid growth trajectory, even with the predicted recovery in activity forecast for this year and next. In the meantime, unemployment remains high, there is plenty of excess capacity in the economy and there is no guarantee that consumers will embark on the widely expected spending spree given that we all have to learn to live with Covid for some time yet.

In addition, productivity tends to rebound after recessions and during the early stages of economic recovery and, in many instances, quite vigorously. This is because companies are focused on cutting costs, managing inventory and eventually increasing investment in new technologies. Higher productivity helps to keep unit costs in check and lessen the need for higher prices. Neither is it clear that the supply chain disruption experienced over the past year or so will develop into a significant longer-term problem. Supply chains were badly disrupted by the pandemic as low-cost producers were unable to deliver as much product into the US and global economy. As vaccinations increase and economies re-open, supply chains will be gradually restored.

Also, it is not a certainty that the move in the US to huge fiscal stimulus financed by the Fed will lead to increased demand or an acceleration in the circulation of money. As already highlighted, much of the government’s spending has simply replaced the reduction in consumption/investment and has fed through to significantly higher savings. In a nutshell, the level of GDP has fallen whilst government has more debt, consumers have much more net worth, commercial banks have excess reserves and the Fed has a bigger balance sheet. These policies have also enabled a large number of “zombie companies” to stay afloat, thus resulting in more competition and downward price pressure. It’s true that Biden’s $2.3tn infrastructure plan has the potential to be inflationary if it is delivered at a time when the economy is already running at full capacity. However, we need to remember that the proposed programme will stretch out over eight years and the administration plans to fund the programme by raising taxes. Higher corporate taxes weaken the incentives for investment and increased personal taxes reduce consumption. The net effect is to lessen final demand and hence, growth and offset much of the benefit from increased government spending. 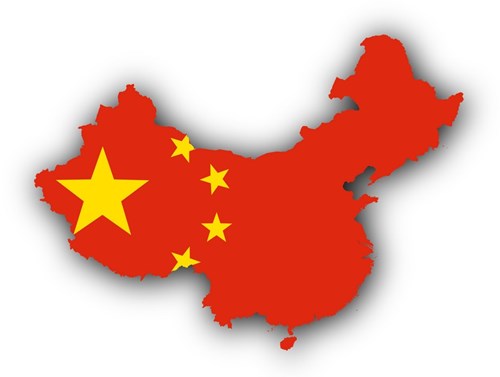 And looking to the east

One final point to note, whilst the US is leading the way in terms of expansionary Keynesian policies, the world’s second largest economy China, is showing much more restraint and is actually starting to tighten policy as it attempts to reduce leverage in the economy and re-balance away from excessive investment and capacity towards increased domestic consumption. This policy, together with a rising currency is dampening inflationary expectations in China. Having said that, a stronger yuan, which would probably lead to other Asian currencies also appreciating, could be inflationary for the US and Europe as the cost of imports would rise. We also need to remember, however that deflation remains the main threat in Europe and Japan. Hence, although higher inflation in the US looks more likely, this may not translate into increased global inflation.

My conclusion is that there is a rising probability that the current increase in reported inflation above central bank targets will eventually lead to a higher structural rate. However, it is too early to have strong conviction and I believe that headline numbers will fall back over the next year or so. Inflation is almost certainly the key factor that will drive investment performance and markets over the next few years so it makes sense to factor it in to our investment strategy now without committing too heavily in either direction as we monitor the likely path ahead.

I remain optimistic on the economic and market outlook for the next year or so, although I expect volatility in all asset classes to stay elevated given the macro backdrop. The geo-political landscape is also changing significantly as China challenges the US for supremacy and as globalisation wanes at the same time as populism grows. In addition, all of the necessary conditions for financial bubbles to thrive are in place and there are clear signs of speculation in some areas of the market. Hopefully, some of this “excess” can be worked off without any systemic event. For the past decade, holding growth stocks and “buying on dips” has been the winning strategy for investors. A more flexible, active and balanced investment strategy will likely be needed for the rest of this decade. For example, we have retained our exposure to our preferred long-term themes as the core of our portfolios but have increased weightings to some of the more cyclical and value sectors in addition to some natural hedges against higher inflation, should this materialise. In this way, we are hoping to continue to deliver superior returns for our clients in both relative and absolute terms, whilst managing risk at the same.