This week’s update comes from Chris Bell, portfolio manager in the Isle of Man.

The declaration last week that we are now less than 100 days away from the Summer Olympics opening ceremony in Tokyo should have felt like an exciting moment. After all, thanks to Covid-19, we have already had to wait an additional 12 months to see the world’s elite battle it out for the coveted gold, silver and bronze medals. Unfortunately the announcement actually felt uncomfortable as Japan has just declared a state of emergency in Tokyo and the country is battling a fourth wave of virus infections. The Nomura Research Institute put the cost of the latest restrictions at £7.6 billion.

Japan actually won the right to host the Games back in 2013 but it won’t be the event they had hoped it would be. They have already had to ban overseas spectators for both the Olympics and the Paralympics and the number of accredited participants has been reduced. Interestingly the Games will still be badged the 2020 Olympics, with the medals still inscribed with the Tokyo 2020 branding. 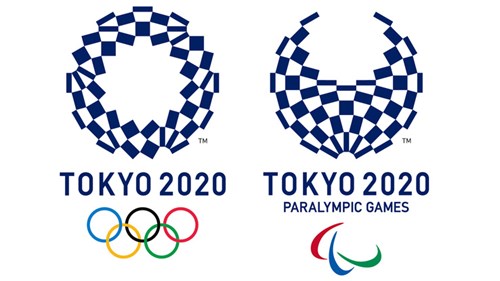 Toshihiro Nikai, the secretary general of the ruling Liberal Democratic party, believes that cancelling the Games should still be a credible option and a recent Kyodo News poll found that 72% of those asked favoured either cancelling or rescheduling the Games. Despite commencing vaccinations in February, primarily with the Pfizer product, only 1.2 million people have thus far received at least one dose, which is circa 1% of the population. Arguably, the government was too slow in ordering the vaccines as it pinned hopes on the domestic pharmaceutical companies being successful. The domestic agency also then spent another six weeks after the Pfizer approval conducting its own tests before passing Japanese approval.

The profitability, or lack of it, for an average Olympics is hard to decipher with many countries pointing to the wider benefits the Games bring. In history, the Los Angeles Olympics were arguably the most profitable, largely because a significant amount of the infrastructure was already in place whereas the 2014 Sochi Winter Games are estimated to have cost £38 billion, making them the most expensive. The Tokyo Games are estimated to be costing £11.5 billion, some £2.4 billion higher than the initial estimates due to Covid-19 measures and the fact that many contracts had to be renegotiated and significantly more than the £5.6 billion cost when the mandate was awarded back in 2013.

The renewed wave of virus infections around the world led to a choppy week on the markets, with particular focus on India. On one day last week, 314,835 new cases were recorded, which was the highest ever one day number of cases in the world. There are fears that the health system is being overwhelmed and there is a high-profile oxygen shortage. According to the National Institute of Virology, in some regions the new mutant strain accounts for over 60% of infections. Unsurprisingly the UK added India to the red travel list on Monday and the summer bookings for many travellers look set to remain fraught with uncertainty.

On a more optimistic note, it was heartening to see the summit on climate change was virtually attended by 40 world leaders, all invited by the US President Joe Biden. In his keynote speech, the ambition to cut carbon emissions has been doubled from previously to 50% of the 2005 levels by the end of this decade. This will be the taster for the UN Climate Change Conference, scheduled to happen in Glasgow in November this year. The four key goals will focus on emissions reduction, enhance collaboration, access to climate change finance, and broaden the understanding of climate change impacts. A recent UN report unfortunately found that the dip in carbon emissions last year due to the virus had no significant impact on greenhouse gas concentration.

In the wake of Brexit and Covid-19, London still wants to be one of the dominant centres of finance and it is still trying to attract new, high profile companies to the market. Deliveroo was meant to be a high-profile poster child but has unfortunately declined by over 40% since listing. In the technology sector, Darktrace is looking for a £3 billion IPO but the cyber security company needs to reassure investors about its links to disgraced executive, Mike Lynch. With a similar targeted market capitalisation, Canadian semiconductor company, Alphawave IP, has also announced plans for a London listing. The semiconductor sector has been incredibly strong in recent months, although a shortage of chips is still a major concern. Supply issues are also impacting Jaguar Land Rover who have temporarily shut two of its main car factories.