Back in November 2020, the weekly update from Ravenscroft’s cash management team was on the history of Rating Agencies and how the need to assess the likelihood of repayment of US railroad company bonds led to the creation of companies like Moodys and Standard & Poors in the mid 1800s.

Fast forward 170 years to 2021 and we were treated to a demonstration of exactly the kind of development that keeps bankers, rating agencies, regulators and last but not least, cash managers, on their toes. The matter in question was the loss which Credit Suisse made on its exposure to Archegos, a family office running complex financial derivatives. 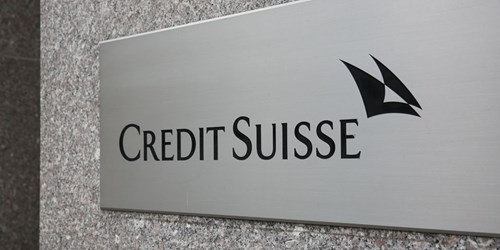 The problem was caused by losses on derivative contracts - total return swap positions held by Archegos in companies such as Baidu, Farfetch, ViacomCBS and Vipshop. Archegos’ bankers, including Credit Suisse, Goldman Sachs, Morgan Stanley and Nomura, made margin calls on Archegos to cover the losses but Archegos defaulted on these calls.

Accordingly, the prime brokers to Archegos started liquidating billions of dollars' worth of various stocks after it had failed to meet the margin calls. These sales then exacerbated the fall in share prices of the underlying stocks, worsening the wider ramifications of the derivative positions and the losses for the connected parties.

Margin calls, defaults and liquidation of collateral are all part and parcel of derivatives trading; maybe not a daily occurrence but certainly not unusual. The difference on this occasion was the scale of the losses and the effect on some of the biggest names in the business.

As a result of the potential losses expected to hit Credit Suisse, its share price fell by 14% and led to a press release which said that “the loss resulting from this exit ... could be highly significant and material to our first quarter results”. The implications of the losses then prompted Moody’s Rating Agency to update its outlook for Credit Suisse from stable to negative. This didn’t actually change Credit Suisse’s AA3 rating but nevertheless is the kind of development we monitor to ensure the safety of our clients’ cash.

Naturally, attention focused on Credit Suisse’s results for Q1 2021 which were not as bad as might be imagined given the scale of the Archegos fallout. The announcement from Credit Suisse simply said there had been a “significant charge with respect to the US-based hedge fund matter offsetting positive performance across wealth management and investment banking”.

Since this episode, Credit Suisse has further strengthened its capital position via a successful share placement; its share price has stabilised and its ratings remain unchanged.

The review above illustrates the interconnected world we inhabit and the speed with which fortunes can change. Of course, financial information hasn’t always been transmitted quite so quickly, which brought to mind a recent discussion in our Guernsey office on inflation (read Robin Newbould's recent weekly update on inflation and what it means) and how it is influenced by, amongst many other things, the relative strength of sterling compared to US dollar and vice-versa. 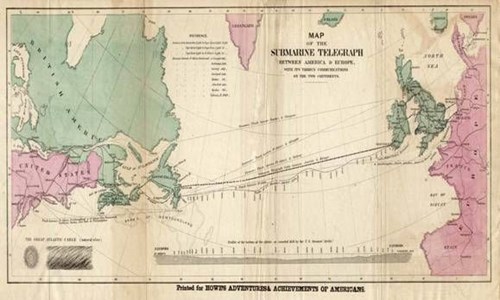 The term “cable” is used by foreign exchange traders to refer to the exchange rate between sterling and US dollar. The term originated in the mid-19th century, when the exchange rate between sterling and US dollar began to be transmitted across the Atlantic by a submarine communications cable. Since that time, this exchange rate has been referred to as “cable”. Apparently, the first Trans-Atlantic cable was laid in 1858, but it failed after only about a month of sporadic service. The first successful cable across the Atlantic was completed in July 1866, reliably transmitting currency prices between the London and New York City Exchanges.