Weekly update - What did we learn from the G7 Summit? Heal the world - make it a better place.

This week’s update comes from Lee Branston, portfolio manager in our Isle of Man office.

The recent mini heatwave has gone and the Cornish sand has settled, but do we have any lasting legacies from the first formal G7 summit in two years? It was very clear that the tone had changed from the US with Trump gone and Biden in a relaxed and constructive mood with the other leaders. It is no surprise to see that one of the first pledges to come out of the summit was ‘Solidarity’; economic policies should not only respect each other’s interests but advance common goals and promote the common good.

From Prime Minister Johnson’s perspective, the waters were muddied somewhat from emphasising the ‘Global Britain’ stance to getting bogged down in Brexit and virus matters. There were some tensions evident, as accusations were made that several EU leaders had claimed that Northern Ireland was not part of the United Kingdom. It also did not help his stance on climate change, that he chose to fly to Cornwall rather than take the train. 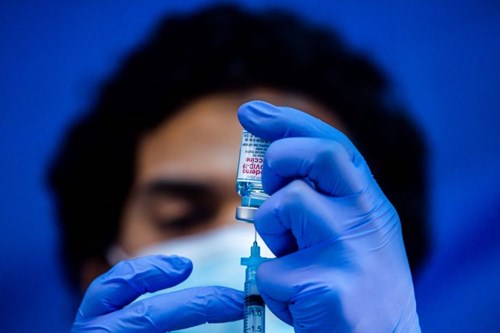 One notable achievement was the combined donation of one billion Covid-19 vaccines to the most vulnerable 20% of every nation. As a reminder, the World Health Organisation estimated that 11 billion doses would be required to vaccinate the world at the statistically important level of 70%.

“Meet the moment and support the economy” – President Biden’s opener at the G7 summit was one of unity rather than the markedly different tack of his predecessor. His suggestion of a globally coordinated Keynesian policy effort to drive economic growth, one which will avoid the austere mistakes following the GFC, was echoed by the other heads of state.

Building upon the already considerable $12 trillion of government support measures, the focus now shifts to the future of the global economy. Although not binding, the leaders have committed to increase investment in job creation, infrastructure projects and future innovations. Most importantly, another sign of the new harmonious approach is the inclusive commitment to help every member of society regardless of gender, age, or ethnicity.

The first step to fiscal equality, and one that was agreed to prior to the summit, was the (possible) introduction of a global corporate tax rate of 15%. In theory, the eradication of tax shells, offshore avoidance and other nefarious practices should be a win-win for all. However, cracks have already started to show as Boris Johnson wants financial institutions to be exempt from the new rate whilst Biden is reluctant to tax US tech giants too heavily.

The above would appear to suggest that the G7 is placing a greater focus on values rather than hard cash. One of Ravenscroft’s key investment themes, ESG, is clearly moving further ‘front and centre’ on both a public and private level.  As China remains dominant on the global scene, there was a concerted effort to agree a strong green belt and road plan to counter China influence, however one could argue this train has not only already left the station, but has gathered momentum and will certainly take considerable efforts to slow.

In the week the US Federal Reserve met, it would appear that its stance not to act hastily and play the long game on small incremental rate rises, so as to try and achieve the fine balance between inflation, growth, and unemployment, turned slightly more hawkish. They also referred to tapering asset purchases whilst also suggesting more than expected higher rate rises with higher inflation expectations.  Very quickly stocks fell, and yields rose.

Looking to this coming week, we ‘celebrate’ (incredibly) the fifth anniversary of the historic Brexit vote. It comes a week after the UK signed its first trade agreement from scratch with Australia. The deal focuses on goods and looks to eliminate all tariffs over the next 15 years.

On a lighter note, the UEFA Euro 2020 tournament has commenced and it could be argued that we’ve already seen the goal of the tournament by Czech Republic player Patrik Schick. The weather is on the up and that combination is hopefully a good sign for pubs, restaurants, and the general hospitality sector….