In June some of the biggest names in the video game sector hosted their annual E3 presentations. Historically, these companies have come together every year in Los Angeles to showcase their upcoming roster of games and hardware to convention halls packed with journalists and fans alike. From new console reveals, surprise game announcements and hopefully gameplay reveals of some of the biggest franchises in the gaming world, the crowd awaits.

Following the Covid-19 outbreak last year, and the cancellation of the ‘physical’ event, this year saw the conferences move fully online over the course of four days. Microsoft was the only one of the ‘Big 3’ with a conference as Sony and Nintendo have opted to hold their own events later in the year. A massive opportunity for the Xbox brand and even more so after acquiring Zenimax/Bethesda Software earlier this year for $7.5bn in a move which brought such games as Doom, Elder Scrolls and Fallout under the same roof as Halo, Forza and Gears of War.

The industry has most definitely evolved from the days of bedroom programmers of the 80s and 90s, even if it hasn’t completely shaken the image of being the pastime of teenagers. How far has it come… in revenue terms, the industry generates more than both the global box office and global music revenues combined. In 2020 this figure topped $175bn, 20% up from the previous year. A figure which will only continue to increase and is estimated to grow to $269bn by 2025. 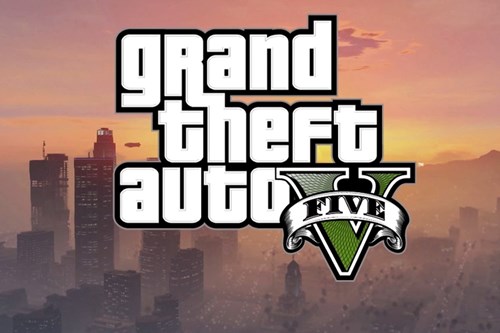 To further highlight the revenue generation, upon release Grand Theft Auto V earned over $1bn in three days following its release which is somewhat more than Avengers: Endgame brought in during its opening weekend - a mere $858 million.

The biggest slice of the revenue pie comes from mobile gaming, which might come as a surprise but less of one when you consider we all have a phone to hand. An ecosystem built around low cost and F2P (free to play) games with microtransactions have built an industry which is worth $86bn. Not just lucrative for the developers but also the companies who ‘host’ the applications on their store such as Google Play or the Apple Store. This method of digital distribution helps keeps the costs low as there is no physical item which needs to be manufactured and delivered to the end user. The console market is also seeing a shift to a digital model as 83% of sales are now non-physical, with both Microsoft and Sony releasing discless versions of their machines. Of course, this has ramifications for the old economy retail (Game, HMV etc) who have effectively been removed as the middleman, allowing the companies who own the ecosystems to retain control.

As one of our core themes at Ravenscroft, it won’t be a surprising stat to read that the Asia-Pacific consumer accounts for a huge 49% of revenues. In 2020, discretionary spending from the region grew 18% to over $85bn, twice that of the US who spent just over $40bn; in fact, spending increased by double figures across all regions. 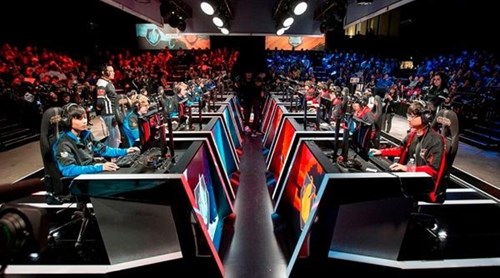 A big growth area for the industry over the next few years, and one which warrants its own article, is the emergence of esports. Already a multi-billion dollar segment, it is a far cry from the internet café games of Counterstrike, a first person tactical shooter, and Starcraft, a real time strategy game, – though the former’s newer iteration is still popular in the competitive space. It is not uncommon to see prizes in excess of $1m. being competed over by professional orgs, backed by vast sums of money themselves. As the stakes get higher, and spectator numbers increase, so does that of the betting market on esports which in 2020 was estimated to be $17.2bn; an increase no doubt helped by the cancellation of most sporting events throughout the pandemic.

With over 350m. mobile phones sold annually, the latest console generation in its infancy, and the continued rise of esports (and its possible inclusion in future Olympics), all the factors are in place for the exponential growth of gaming to continue.

This article appears in the September issue of Portfolio magazine.