Weekly Update - Here and there

With the 2020 Tokyo Olympic Games just gone, and the Paralympic Games now well underway, national pride is very much on our minds. The competitive nature of nations is certainly not confined to the world of sport, and it would be remiss of us not to touch on some comparisons that have emerged between economies over the past couple of years, particularly when looking at the UK (for which we have a natural bias!)

In 2020, the FTSE100 index fell by 14.3% (LSE stat) and suffered particularly badly relative to other large international stock indices. Foreign direct investment more than halved in 2020, which made Britain only the 12th most popular destination for foreign investors. The pandemic has seemingly diverted more investment towards Asian regions because of the strong economic fundamentals underpinning these regions, accelerating a trend already underway.

According to figures by MoneyTransfer.com, China was the largest recipient of foreign capital with inward flows increasing 14% in 2020. India was the third largest recipient of foreign capital as inflows increased 27%. The US dropped to second place with inward investments down 37%. This is an interesting development as the only other time Chinese overseas capital levels were higher than the US, was in 2014. Tensions between the US and China are still a prominent topic in news headlines and last week it was decided that a vote on the US ‘China bill’ would be moved to autumn or beyond. This legislation is supposed to enhance US competitiveness against China across technology and semiconductors.

Economic prospects continue to diverge across countries, with vaccine access emerging as the primary differentiator between those that look forward to normalisation of activity and those that continue to face a rising Covid death toll. According to the 2021 World Economic Outlook (WEO) forecast the global economy is estimated to grow 6% in 2021 and 4.9% in 2022. Advanced economies’ forecasts have been revised upwards, whereas the opposite has occurred for emerging and developing economies. Perhaps not what we expected to hear considering the inflows of foreign investment towards these regions.

Unfortunately, since the WEO forecast was released, there are now new issues plaguing global economies: supply bottlenecks, stock shortages and a lack of staff are said to be choking the UK’s economic recovery, for example. Recent commentary in the Financial Times focused on sizeable visa schemes and a broad labour mobility agreement with the EU as potential solutions. Further difficulties may arise, but it is clear that multilateral action is required to strengthen global prospects and reduce the divergences between nations. 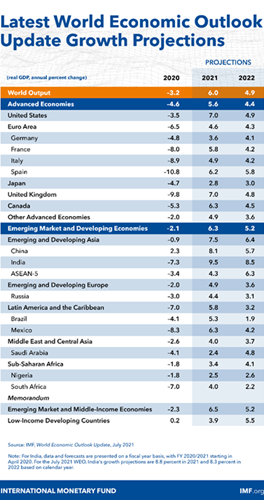 It’s not all doom and gloom for the UK, however, as inflows of foreign investment are likely to be boosted over the coming months and years thanks to a surge in takeover activity and attractive company valuations. The UK is proving to be an attractive destination with 1,462 UK businesses worth some £183bn attracting bids since the start of the year, according to Dealogic data. The UK economy has recovered well after numerous lockdowns and markets have subsequently rebounded from their 2020 lows. Additionally, according to the IMF, the UK economy is projected to grow at higher rates than most advanced economies over both 2021 and 2022. It is for these reasons that the advisory team at Ravenscroft remain bullish on UK equity and the overall health of the UK economy. 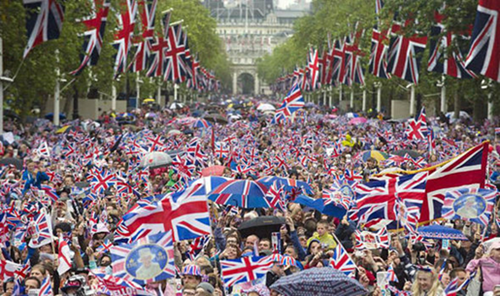