This week’s update comes from Dario Milizia who has recently relocated from Ravenscroft in Peterborough to our Bishop’s Stortford office.

Whilst our Channel Islands readers may not relate, those living in the UK will likely empathise with anybody who has found themselves with the headache of trying to find fuel in recent days. To illustrate, on the Sunday before last I visited six fuel stations, with not one having a drop of diesel and three being completely out of fuel. Unfortunately this was not a unique experience – many friends/colleagues spoke of similar frustrations. Albeit, the situation does appear to be improving, however it does seem we are not yet out of the woods.

So what is causing this? In reality, headlines may be slightly misleading; as while there may not be an excess of tanker drivers, fuel stations remained relatively well stocked. The average amount of fuel stored at garages before the reported “shortage” was around 40% - more than enough to meet normal levels of demand and in line with the average for the last few years. In fact, if we take a look at some of the numbers, a more likely explanation for the shortage is revealed:

So, it would appear then that it was actually a change in demand rather than supply which caused the shortage - an “own goal” in many respects. 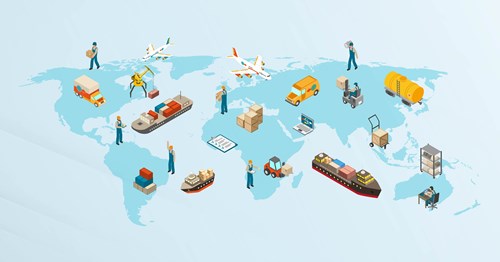 This does not mean that there are not real issues facing the “global supply chain”. Many businesses are reporting a “squeeze” with prices of container shipments rising (reportedly by six times), air freight prices rising by 2-3x and shipments being delayed in transit. This, combined with a backdrop of labour shortages (the media is focusing on poultry workers and lorry drivers but it extends to other sectors including hospitality and retail), high expected unemployment (ending of furlough which was supporting 1.6m jobs as at the end of August) and a rise in energy prices, makes for a very confusing picture. I will not pass comment on the ongoing debate over the level and longevity of inflation!

What does all of this mean for financial markets? On the face of things, it would appear that markets are in a “correction”, however it would be foolhardy to assign any particular reason for the recent sell off; I will simply offer the perceptive observation that there are more sellers than buyers.

As our regular readers will know, Ravenscroft is cognisant of macro events but these do not drive our investment process. We remain focused on our investment themes, understanding what we own and why we own it.