Weekly update - Not so grande

The strong rally we saw in markets from the February lows reached a short-term peak at the end of August. Whilst there was a number of issues that have contributed to the sustained downturn in markets seen since, there is one we think is quite interesting. This is the default of the giant Chinese property developer Evergrande Group.

Markets are worried about this because the sector is such a large part of the Chinese economy, nearly 30% by some estimates, that any disorderly resolution to the genuine issues of excesses in the sector could have a major knock-on effect on China and, by extension, us all. So in this note we want to share with you some, hopefully, interesting facts about a sector that is not often discussed outside of financial circles.

Evergrande was founded back in 1996 and its rise tracks the rise of the property boom in China. As the emerging world has urbanised over the last 40 years, a huge number of people in countries like China have moved into cities. In China, in 1980 less than 20% of the population lived in cities. Over the last few decades that has more than tripled to over 60% today (National Bureau of Statistics of China). This is one of the big forces that we target in our discretionary management portfolios as we aim to tap into that growing emerging markets’ consumer spending power. These people are drawn to cities thanks to better paying jobs and better-quality housing and this migration of billions of people created a building boom which it is hard to get your head around. At the end of 2019, China reported just under nine billion square metres of floor space under construction (Statista.com). To put that in context that is the same as building a single bungalow the size of Germany! As one of our managers put it “it’s a country the size of a continent”. On the back of this boom Evergrande, and many developers like it, grew rapidly and as I write Fortune Magazine rank Evergrande in its list of the 500 largest companies in the world. They are just a bit bigger by revenue than PepsiCo (https://fortune.com/global500).

However, as with so many booms throughout history, what started as a response to genuine demand moved to excess as momentum in the sector got out of control. Demand came not only from new arrivals to cities but also from investors and speculators. In China, where social safety nets are limited, saving is a much bigger part of the national psyche than it is in the west. At the same time, options for investment are limited and property is a very popular option. This created a classic cycle where rising assets prices draw in further investment and eventually causes excesses. There were other factors as well though. Strangely in China, land sales are one of the few ways that local Chinese government bodies can fund themselves which meant regional policymakers are incentivised to work with developers to keep their own revenue coming in. Companies like Evergrande responded to this by building aggressively and they used debt to fund that process. 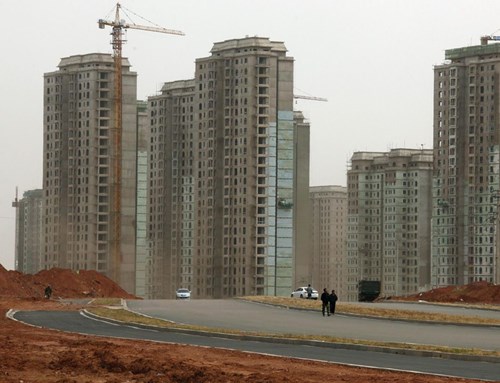 Over time however signs of excess started to appear. The infamous “ghost cities” of empty apartments which made good photos for western newspapers are the most visible example of this. This started to worry both the Chinese government and investors in recent years with the Bank for International Settlements citing the debt build up in China as a key global risk back in 2016. Since then, the Chinese government has been trying to gently apply the brakes to the sector with the aim of curbing excesses without damaging what is both an important part of the economy and an important part of many Chinese households’ savings. The Chinese Communist Party is acutely aware that a major loss of savings due to a housing crisis could damage its legitimacy and that is a huge concern for a one-party state that doesn’t have the pressure release valve of elections to fall back on. Recent initiatives such as the “three red lines” policy, which sought to limit how much debt property firms could take on, have squeezed the most leveraged companies and the world has looked on nervously to see if this balloon can be deflated rather than popped. 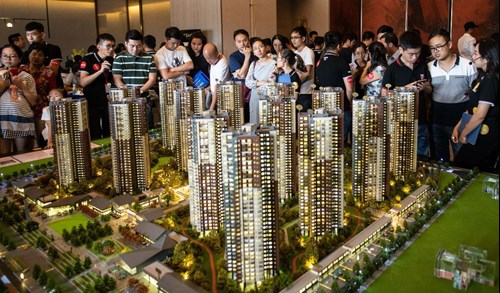 Part of the problem has been that everyone knows that property is a key sector for China and so many people have taken risks they otherwise might not have on the basis that the Chinese government would bail the sector out if needs be. While the authorities in China undoubtedly would step in to try and avoid a general panic over housing, they want to remind everyone that property firms do not enjoy the sort of implicit government guarantee that was part of the psychology that created the banking crisis in the west in 2008. To do this they seem to be trying to execute a “controlled demolition”, as one commentator put it, of a high-profile firm and the target is Evergrande. The message is clear, be careful who you lend to. The nerve-racking bit for many Chinese is that in recent years firms have lent heavily on the practice of pre-selling. This is where buyers pay in full, upfront, for a property that is not yet built. A huge personal risk and we have seen estimates that Evergrande needs to build for several years just to deliver what has already been paid for. It is unlikely the firm today has the cash left to do this.

While the issues in the property sector in China, which has now expanded to a number of firms, are causing concern for markets. At present this does do not appear to be China’s Lehman Brothers moment. In part because Chinese property firms are not part of the plumber of the global banking system in the way the US banking sector is and also because China has deep pockets to throw cash at a crisis. What can’t be ruled out though is either some nasty surprise coming out of the woodwork or herd mentality kicking in and turning into a property panic before the authorities can stop it. These issues will likely continue to cause turbulence in markets until we know whether China have pulled off this tricky manoeuvre.

Our discretionary management team has long treated China with caution thanks in part to one member of our team who has some “old war wounds” from work on the ground in the region. Partly driven by that, as the Covid-19 pandemic kicked off last year, we took steps to reduce what limited exposure we had to the property sector in the country. A move that has proved prudent in hindsight. Beyond that we have positioned our managed portfolios to have room to take advantage of any bargains that are thrown up by volatility in markets. We are, of course, in close contact with our managers who have direct exposure in the region and, as always, we are on the lookout for any opportunities that arise.