This week’s update comes from Richard Allen, who is in our discretionary management team in Peterborough.

By the mid-eighteenth-century, England was gripped by a plague of intoxication. Much of this can be attributed towards a series of ill-thought-out pieces of legislation which initially allowed anyone to distil and sell gin. Notices such as “Drunk for one penny”, “Dead drunk for two pence”, and “Clean straw for nothing” were commonplace across London. With an insatiable need to quench their thirst, people sold their possessions, homes and even worse to get their hands on money to fund their fix. The true ghastliness of the day was laid bare in William Hogarth’s print of Gin Lane. Thankfully politicians were spurred into action and neat gin is now only an acquired taste. As Conservative MPs move towards selecting their new leader and Prime Minister, the right sort of moderating tonic finally appears to be emerging.

During the 1960s Labour Prime Minster Harold Wilson coined the phrase “a week is a long time in politics”; it now seems that this can be shortened to a day or perhaps even an hour. At the start of last week bond and currency markets were reassured by the appointment of Jeremy Hunt as Chancellor of the Exchequer. The contentious elements of the ill-fated mini-budget were quickly shelved and with no remaining authority or agenda, Prime Minister Liz Truss was forced to fall on her sword. 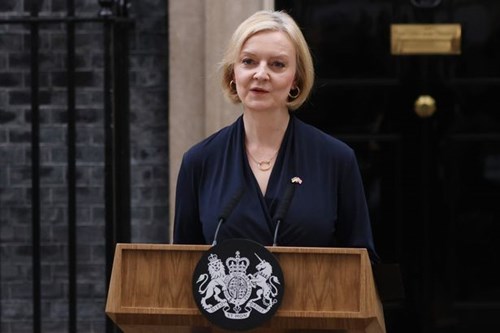 Whilst markets were initially indifferent to the departure of Truss, rumours began to swirl on Friday that in the distant Caribbean the “prodigal son” was planning on throwing his “hat into the ring”. Before the close of play volatility in sterling began to rise and the yield on UK government bonds moved higher as a “Boris” risk premium was applied to UK assets. Over the weekend, and after much bluster and perhaps a realisation that he could not command unity, former Prime Minister Boris Johnson withdrew from the leadership race. This has now opened up the way for a possible “coronation” of former chancellor Rishi Sunak. Financial markets are likely to welcome such a move, as Rishi has been perceived as one of the few politicians to recognise the tough decisions needed in order to balance the nation’s books. This may mean that we have an escape route from the modern-day version of Gin Lane and all of the madness it entailed.

For all of its ills and frustrations, we can be thankful that we do have democracy. Sadly though, this is not the case in China where President Xi Jinping has tightened his grip on power by taking an unprecedented third consecutive five-year term. Disturbing scenes emerged on Saturday when former Chinese President Hu Jintao was unexpectedly and forcibly taken out of the closing ceremony of the party congress. For some commentators, this has been seen as a worrying purge to reinforce Xi’s absolute thirst for power and for investors a warning over the risks of centralised power.

In the US, with the Federal Reserve on radio silence ahead of its next meeting on interest rates, the focus for the week ahead is likely to centre on the corporate earnings season. This will provide investors with clues as to how companies are coping with pressures in the US and the global economy. During the last week, Wall Street has been buoyed by upbeat earnings reports from major US banks1 and a positive trading update from Netflix which surprised to the upside2.

Have a good week.