I loved Blackadder as I was growing up and, in particular, Stephen Fry’s characters: the title of this update is taken from General Sir Anthony Cecil Hogmanay Melchett whilst breaking up a quarrel between Captain Darling and Lieutenant George.

This week, my normal problem of keeping this round-up coherent and in some semblance of order has been made almost impossible: I have 101 things rattling round my head and desperate to come out through my fingers, but am aware that I might well make this article more difficult to follow than usual if I let it all out in one go! In part, at least, I blame the speed of things ‘these days’ for the lack of clarity: sometimes it seems as if information comes too thick and fast for my brain to process correctly, turn around and send back out in comprehensible form (perhaps it is just my age!).

Apart from the act of self-deprecation, this first point had a point. That is, news and information in the 21st century really does travel quickly and has more severe consequences than just making me feel old. The speed with which coronavirus went viral was astonishing. In some ways, that must be a good thing: we would surely prefer to hear about a potentially killer disease sooner rather than later. On the other hand, the manner in which the news travelled, via social media, hundreds of biased TV channels and the internet, was at times quite alarmist, to say the least.

The concept of speed was further brought to light in the financial markets, which did not take long to try and evaluate the effects of the virus, with early estimates from Goldman Sachs projecting that the companies making up the S&P 500 would collectively show no profit growth this year (having previously forecast a six percent increase in earnings.) The US market did post a new record, albeit for the least number of days taken to fall 10% from a peak. To me, this represented further evidence of the power of information and technology, and also reflected that investors already knew of a major vulnerability for businesses in the United States (also true in Europe) which has been their increasing reliance on China as a supplier and customer over the last 10 or 20 years.

Of course, no article from me would be complete without a comment about precious metals. Well, the geopolitical menace and accompanying risk-averse sentiment of the last seven days would normally be expected to drive gold prices higher, as investors seek safe-haven assets. But gold fell over 4% during the week, 3% of that drop playing out on Friday. It is possible that the sell-off in precious metals was triggered by investors looking to take profits after gold’s substantial run of late. It might also be the case that, as Commerzbank AG analyst Carsten Fritsch said on Friday,

“It’s bloodshed ... first started with forced selling from equity investors who also sold their gold positions to cover their losses in equities and also to cover margin calls. Gold investors don’t want to sell but are forced to cover the losses in other asset classes.”

This would be entirely reminiscent of 2008 when, in October, all assets – gold included – fell sharply as the financial crisis started to unfold. At the time, gold was being sold as investors sought funding to shore up losses in other markets and it was not until 2009 that gold really got motoring, gaining about 24% that year.

Fundamentally, therefore, I think that at least part of the background to the week’s sell-offs may, in time, be seen to have been precipitated by the simple fact that, once again, investors have shown an inability to control themselves! During the recent half-term break (although that now seems some time ago) I sent the below snippet of a piece from the FT on 19th February to my Ravenscroft dealing colleagues in Guernsey along with the hashtags #BullMarket #GoLong #ProbablyDifferentThisTime

My #ironic #hashtags were intended to signal my belief that investors had seemingly become incapable of considering a loss or a downturn: anyone ‘gearing up’ on Tesla at USD900 a share was, quite frankly, going to get what they deserved; as fear of missing out was leading to irrational trading behaviour. Either the exuberance of youth (noting that many millennials in Wall Street jobs are too young to have seen first-hand the 2008 global financial crisis, never mind the dotcom bubble bursting or the Argentinian debt crisis - the first one, that is, although I see that they are at it again this week!), or the effects of quantitative easing might have been be to blame ... regular readers will have previously witnessed my thoughts on the dangers of using ‘free money’ to buy risk assets just because QE might last forever. Exhibits A and B below show how it was all going so easily, until it wasn’t ...

So, where do we go from here? As is always the case, we don’t actually know. On the one hand, we could argue that this market correction will spur central banks into yet further action. Indeed on Friday, in the US, Fed Chair Powell said,

“The Federal Reserve is closely monitoring developments and their implications for the economic outlook. We will use our tools and act as appropriate to support the economy.”

On another, it could be said that the bigger issue now is, as ZeroHedge puts it, “that central banks are very much at risk of losing final control, having left themselves vulnerable, intervening at the first sign of trouble, and now have precious little ammunition left to deal with a real emergency if coronavirus is turning into something much more serious. Money printing does not start production chains or cause airlines to fly. So the risk of a global recession unfolding is a clear and present danger and then futures rallies would continue to get sold and markets may embark on a multi year bear market.”

As usual, at Ravenscroft we will stick to our knitting, keep calm and keep an eye on what we think we know best. In relation to the prospects for the UK markets, as my colleague Ross in Jersey commented over the weekend,

“The FTSE-100 index of Britain’s leading companies has fallen by almost 13% in a week as fears of a global coronavirus pandemic have spread. We are no experts on virology and the likely damage the virus will cause, but think it is important to try and maintain perspective.... For investors seeking equity income and high dividend yields there could be some outstanding bargains. The FTSE-100 now yields over 5%, its highest yield since 2009 and significantly higher than its long term average. This [to me] is indicative of extreme equity value, especially when compared to near-record low corporate bond yields.”

In relation to the outlook for gold in 2020 and beyond, well, demand might play out in any number of ways: as a counterparty-free asset of safety; as an asset helped by low-to-negative rates and further QE; and as an asset to protect against inflation, or deflation! Whilst gold is neither a perfect inflation nor deflation hedge, its price should continue to depend on market sentiment and risk aversion. If, as some predict, deflation is our next big worry (the worry about deflation being in relation to the (in)ability of governments to service their unprecedented debt burdens) and is accompanied by significant economic worries and a loss of confidence in the US dollar, gold should shine. I will leave comment about the potential “Japanification” of other world economies for either another time or for our chief investment officer, Kevin Boscher, to consider separately.

Have a great week and, please, do call us if you need any further information or want to discuss your investments: we are always here to help. 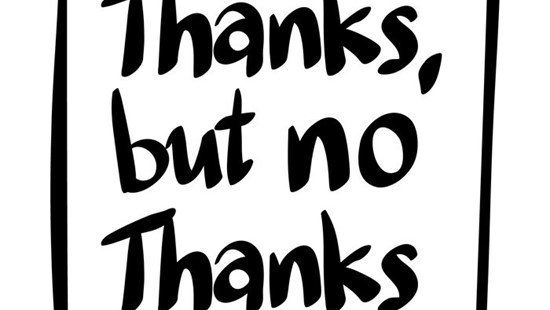