What year is this? Who is the president?

You’d be forgiven for thinking that we are acting out a film script at the moment, as real life imitates art and we continue to wake each morning to new and bizarre elements of ‘normality’ that you would have only last year believed to be passingly possible in Hollywood blockbusters.

The first half of 2020 will long be remembered for a number of non-financial implausible plots and subplots that I won’t waste your time regurgitating here (although I have to admit, when reading last week of the plague of locusts in Asia, that I started to get quite excitable for my metaphorical apocalypse bingo card!). That said, I did want to take a quick look at the notion of a disconnect between stock markets and economic data.

It is not, at all, unusual for share prices to be ‘forward-looking’, to have ‘discounted present news’ and to swap hands in the secondary market on multiples of future earnings. Heck, the regulated exchange is meant to be efficient and have near-perfect knowledge in order to allow investors to deal amongst themselves, knowing what they are getting in to, or out of, without fear of looking like an idiot later. For example, we are able to observe that shares in Tesla Inc are currently trading at a P/E of 294X (that is to say, that if you buy one share in Tesla, it would, using numbers from last year’s accounts, take 294 years to get your money back if the company paid out all of its net profits to you by way of a dividend each year) and that this compares to an automotive industry average of 27X … But, as a colleague at work has pointed out, Tesla Inc isn’t really a car maker as much as it is a technology company which just happens to build things with four wheels from time-to-time! The company is now worth USD224billion … nearly 10 times the value of Ford, which has a market cap (number of shares in existence multiplied by share price) of just USD24billion.

So, is Tesla Inc in any way unusual for a technology stock then? I mean the Nasdaq, an index which, by its own admission is “… relentlessly reimagining the world of tomorrow — one that is built on innovative technology, fuelled [sic] by market-moving insights and driven by forward thinking”, is pretty fast-paced, punchy and renowned for exponential growth stories such as Elon Musk’s. Well, the Nasdaq also hit record highs this last week … so investors will be feeling good. As a proxy for all constituent companies, let’s have a peak at QQQ US, an Exchange Traded Fund (ETF), covering the, more concentrated, Nasdaq-100 Index of companies. Here is the end of last trading day Top 10 holdings … some familiar names indeed. 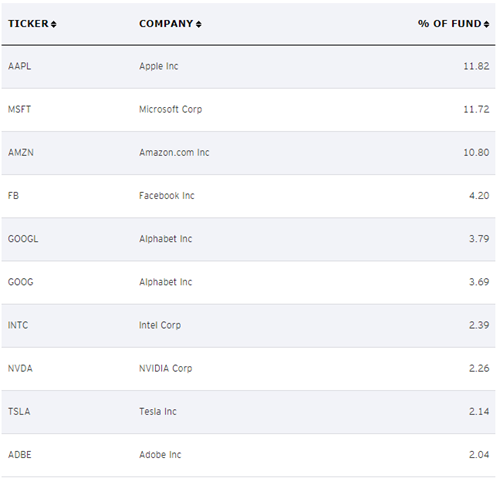 Note that, as far as diversification goes, if you invest in this ETF, more than a third of your investment is going into three names and more than half into 10. As the QQQ price also hit new highs this week, investors seemed to be done and dusted with the gloom of COVID-19 (even if it might not quite be done with them) and there seems to be a feeling that the new-normal world will make technology companies better and more profitable, rather than the opposite. These gains do, however, come at a time when economic indicators are not quite so bullish. The US entered its first recession since the global financial crisis era on Monday last week, with the National Bureau of Economic Research noting that:

The usual definition of a recession involves “a decline in economic activity that lasts more than a few months.” However, in deciding whether to identify a recession, the committee weighs the depth of the contraction, its duration, and whether economic activity declined broadly across the economy (the diffusion of the downturn). The committee recognizes that the pandemic and the public health response have resulted in a downturn with different characteristics and dynamics than prior recessions. Nonetheless, it concluded that the unprecedented magnitude of the decline in employment and production, and its broad reach across the entire economy, warrants the designation of this episode as a recession, even if it turns out to be briefer than earlier contractions.

In a Washington Post interview, investment manager Michael Farr, president of Farr, Miller & Washington, summed it up perfectly for me:

“This appears to be the triumph of hope over experience. People are believing the win-win scenario, which means either the recovery happens and corporate earnings really do recover and go up. Or it means the government continues to add stimulus. In short, the market doesn’t believe these are problems that a couple more trillion from the federal government can’t solve.”

I will have to write about government debt (again!) another time.

Who is the President?

Finally, a quick word to keep up the narrative on the Bank of England’s refusal to allow the government of Venezuela to sell some of its gold held in custody that I mentioned here. The UK High Court has been hearing the case and this week stated that the UK had "unequivocally recognised opposition leader Juan Guaidó as president" rather than the current President Nicolás Maduro*

Lawyers for the Maduro-controlled Venezuelan Central Bank, which brought the case, said they would appeal against the judgement. Mr Maduro's government said it wanted the gold to fund its fight against the coronavirus pandemic, but Mr Guaidó has asked the Bank of England not to hand the gold over, arguing that it would be used for corrupt purposes. The Bank of England therefore asked the High Court to rule on whom the UK government recognises as Venezuelan president; Mr Maduro or Juan Guaidó? 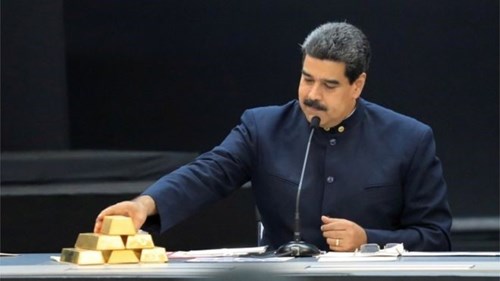 Whilst Maduro might have his hands on a few bars here, he is not, yet, getting USD1billion from the Bank of England!

* Nicolás Maduro was re-elected to a second six-year term in May 2018 in highly controversial elections, which most opposition parties boycotted. His re-election was not recognised by Venezuela's opposition-controlled National Assembly, which labelled Mr Maduro a "usurper" and argued that the presidency was vacant. Citing articles in the constitution, which in such cases call for the leader of the National Assembly to step in, Juan Guaidó declared himself acting president. More than 50 countries recognised Mr Guaidó as the legitimate president, among them the UK. But President Maduro, who retained the support of China and Russia among others, argued that he was the constitutional president and would remain so. President Maduro has remained in the presidential palace and has control over the police and the military as well as other key institutions such as the electoral body and the supreme court.

Have a good week! 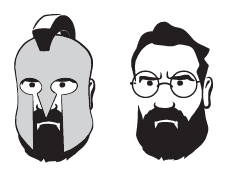