Almost five years after the Brexit vote in June 2016, the UK finally seems to be emerging from its long period of economic gloom, which bodes well for UK assets moving forward. The UK looks set to be one of the strongest amongst advanced economies over the next year or so thanks to a number of factors. These include the following; the relative success of the UK’s vaccination programme, the fact that the worst of the effects from Covid-19 and Brexit are probably now behind the economy, supportive monetary and fiscal policies, pent-up consumer demand and a relatively high beta to the global industrial cycle. Indeed, after what seems an eternity of “doom and gloom” views put forward by many towards the UK, I believe that the future is looking much brighter for both the economy and financial assets.

A time for optimism for the UK economy

The UK Government expects the economy to grow by around 4% this year and 7.3% next year. This looks far too gloomy according to a number of eminent sources, who are predicting activity to rise in excess of 5% this year and 7% next year. This is assuming that the “roadmap” laid out by the Government for opening up the economy, and a return to some form of normality, proceeds as expected. Importantly, whilst inflation will likely rise above the Bank of England’s 2% target over the next few months, this is largely due to higher energy costs and should be transient, with longer-term inflationary pressures remaining subdued. Also, although the economy will rebound strongly over the next year or so, it will likely be at least 2023 before it reaches its pre-Covid path.

Hence the Bank of England is likely to keep monetary policy very accommodative with interest rates unlikely to rise for several years, although negative rates should be avoided. At the same time, a faster than expected pick-up in activity will boost tax revenues, lead to a more rapid improvement in employment and consumption, result in a lower fiscal deficit than anticipated and enable the Chancellor to keep fiscal policy more supportive, with perhaps less tax hikes than previously planned.

There are plenty of other reasons to take a more optimistic view on the UK as well. Beginning with the economy and trade, it is well known that the UK has run a large deficit in traded goods for many years. However, less well understood is the fact that whilst the UK deficit with Europe has continued to detract from GDP pretty much since the turn of the century, the UK has actually been in surplus with the rest of the world for much of the past decade. With UK exports to the non-European countries growing at a much faster rate than those to the continent, this bodes well for future activity, especially as the UK is now free to trade more openly with the rest of the world as it emerges strongly from the Covid-induced recession. With European growth also looking relatively subdued on a cyclical and secular basis (relative to the UK, US and Asia for example), this means that any reduction in UK trade will add to Europe’s economic woes. This is one reason to expect relations between the UK and Europe to improve over time as politicians come under pressure from Eurozone exporters to ease tensions and allow unrestricted trade to resume. 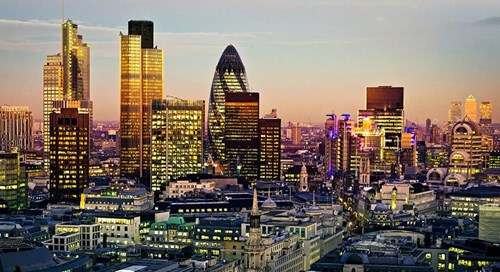 Financial services in a post-Brexit world

Many people worry that London’s status as the European Financial Capital is under threat post-Brexit and that financial services have largely been ignored by the UK government in their negotiations with the EU. There is certainly some logic in this and it is concerning to see large volumes of equity and derivatives trading moving across the Channel in recent months. However, regardless of how negotiations on financial services evolve, there is a much bigger development internationally which bodes well for UK financial services in my view. I have previously written about the changing global landscape and how the emergence of China as a genuine contender to rival the US as an economic and military super-power, together with the rise of populism and nationalism at the same time as a reversal in globalism is going to have profound and major long-term consequences for the global economy and politics.

As the world turns more inward and forms large trading blocs based around the Dollar, Euro and Chinese Yuan and with increasing tensions between the US and China (and indeed China and Europe), it is very likely that the UK will benefit as a “neutral” financial centre. This is especially likely should the Euro struggle to survive in its current form given these emerging global trends, the relatively depressing cyclical and secular growth outlook for the region and powerful deflationary forces at work. The UK is good at brokering trades and transactions between two zones that struggle to deal directly with each other. It also has a deep and proven infrastructure to fulfil this role which includes liquid markets, insurance companies, re-insurers, asset managers, many of the world’s leading banks, top notch legal and accounting firms and a very experienced and skilled labour force in these critical industries. I believe the UK and the “City” in particular can continue to flourish and grow and be one of the world’s leading financial centres in the new world. 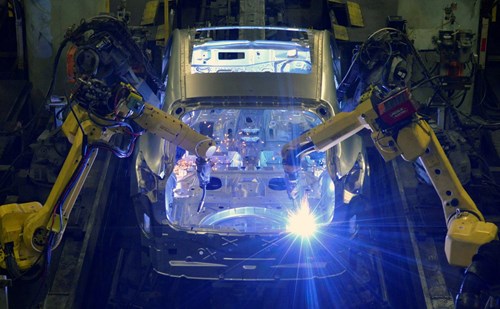 I am also hopeful that the UK will see significant inward investment in a number of key areas, as the economy gains momentum and starts to outperform some of its European competitors. For example, the UK is strong in industries such as automotive and aerospace, engineering, biosciences, pharmaceutical, education, e-commerce, e-financing and security/defence. Fiscal policy needs to remain supportive for UK business and the Government is in a great position to work with the private sector to invest in a sustained programme of research and development in the sciences, technology and engineering at the same time as moving towards a more environmentally-friendly Britain.

However, I would add a note of caution here. It will be very important that the Government continues to make the UK a relatively low tax and competitive location for entrepreneurs and business. It would be a major own goal, in my view, for the Government to raise taxes or over- regulate and deter investment when the country has just gone through the pain of leaving the EU for exactly the opposite reason. A stronger sterling might also be a concern for some, since this would be expected to weaken the terms of trade and make the UK more expensive for inward investment. However, this is a double edged sword since sterling would likely be appreciating on the back of relatively superior economic activity, rising overseas investment and improving confidence in the longer-term outlook. Importantly, increased capital investment would bolster the potential for productivity gains and enhance longer-term growth prospects. In the meantime, sterling remains undervalued on most measures, despite the recent rally. 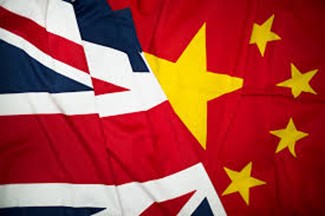 A friend in China

I have already discussed the prospect of the UK being seen as a link between the Dollar and Yuan trading blocs. There are also strong links already in place between the UK and China, both economically and financially. The UK has been the third largest destination for Chinese investment capital since 2005 behind the US and Australia and it continues to grow. In addition, UK students originating from China have surged over the same timeframe as have Chinese tourists visiting the UK. There seems to be growing numbers of Chinese students, tourists and businesses wanting to make the UK their foremost western hub. Again, I have previously mentioned that I believe China is emerging from this crisis even stronger given a swifter return to its pre-Covid GDP levels, superior monetary and fiscal positions and a growing number of very successful private businesses. China is the only major economy with positive interest rates and relatively high growth whilst the Yuan has appreciated by approximately 8% versus the Dollar over the past year. A stronger China and the increased purchasing power of firms and consumers that results from an appreciating Yuan should prove beneficial for the UK economy over the next few years.

Positivity abounds for the UK but a note of caution

The outlook for UK assets, and equities in particular, also looks positive in my view. As already mentioned, the UK will likely be one of the strongest developed markets from a growth perspective over the next year or two. At the same time, UK assets are under-owned having suffered substantial cumulative outflows since the Brexit vote in 2016. They are also cheap in absolute and relative terms whichever valuation metric is preferred. The UK stock market has a relatively high weighting in more cyclical and value sectors and is well placed to benefit from the acceleration in economic activity, both domestically and internationally. UK equities also look attractive from an income perspective as many companies resume their dividend policies and offer what should be a very attractive yield against the background of near zero short-term interest rates. If sterling strengthens further, as expected, this isn’t necessarily a headwind for equities since it implies improving earnings and cash flow, particularly for more domestically focused companies. There have been similar periods in the past where a rising stock market has accompanied a strengthening currency and these have tended to coincide with global growth upswings.

Like most developed economies, the UK of course faces a number of challenges including an ageing demographic, disappointing productivity growth, high and rising debt levels, disinflationary cyclical and secular forces and a growing income inequality. In addition, the exit path from the pandemic is fraught with risk whilst the Government also has to navigate its way through the full impact of Brexit and the threat of the break-up of the European Union. However, largely thanks to the successful rollout of vaccinations and supportive policies, the UK is in a good position to emerge from this particular crisis in better shape than many other developed nations. The Government also has a unique opportunity to take advantage of both Brexit and the changing global macro and political background to embark on a period of real change, which should boost long-term growth prospects and address some of the other imbalances and weaknesses. In addition, the Government has the benefit of being in place until the next election in late 2024, with a strong majority and the prospect of the economy providing a positive electoral dividend.

A brighter future for the UK is not a certainty and risks remain, but I am much more optimistic than many.

In the meantime, both UK assets and sterling look attractive and should deliver handsome returns for investors in absolute and relative terms over the next few years.