Having just passed the half year point, it is worth noting the continued strong rebound across global markets this year following the effects of the pandemic. The S&P500 ended Q2 in record-breaking style on 30th June, finishing at a closing high of 4297.50, having climbed 14% since the start of the year. The Dow Jones rose 4.6% over Q2 and has gained 13% since the start of 2021, while the FTSE 100 has climbed 14.3% this year.

Brent oil has continued to make gains, recently trading above $75 per barrel for the first time since late 2018, which is only 1.54% off near six year highs, and shows a return of 51.4% over the first half of the year. 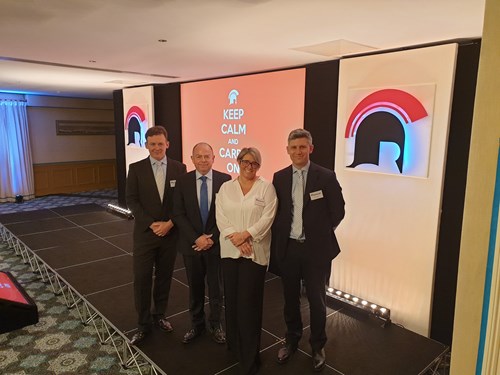 Ravenscroft hosted its annual presentation for clients and intermediaries in Guernsey last week during which chief investment officer Kevin Boscher provided a macro outlook and the discretionary investment management team highlighted its investment themes and delved into some of the companies and funds it invests in, plus the rationale behind the decisions to invest.

There were two big takeaways from the presentation and the first, which is a view shared by Ravenscroft's advisory team, is that the UK is incredibly undervalued.

The Brexit cloud has hovered over the UK for the last five years and, with the added pressure placed on the UK economy throughout the pandemic, it really has taken its toll on equity prices. The UK has demonstrated rapid economic recovery over the last six months and we believe this will continue for the next two to three years.

Risks do remain, particularly with the uncertainty surrounding the UK’s labour supply, the inflation legacy from the pandemic interventions, the pace of household drawdown of excess savings and the legacy of Brexit – however, macroeconomic policymakers look likely to accommodate this whilst these issues are ironed out.

The graph from Panmure Gordon below demonstrates the cyclically adjusted price-to-earnings ratio for the US, UK and Europe. At just 12.5x, it demonstrates that the UK is priced at a significant discount: 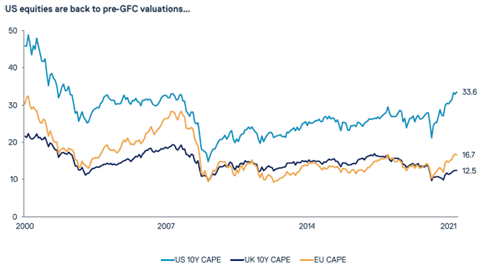 Earlier this year, independent economists forecast that UK GDP growth in Q2 would be 4.7%, but over the last three months, this has increased to 7%. With a continuation of this rate into Q4 2021, this is expected to be the fastest growth rate seen amongst G7 countries this year, and the fastest rate of UK growth since 1948. This offers a great opportunity for investors to capitalise on what we believe is a currently undervalued market.

The presentation also looked at BMW and how it is evolving its electric vehicles. Germany announced last week that, by July, they will have a million electric vehicles on the road which is largely thanks to the €1.25bn of subsidies handed out to purchasers by the German government.

Despite hitting this target six months late, Germany has an aggressive target of 7-10 million electric vehicles on their roads by 2030. 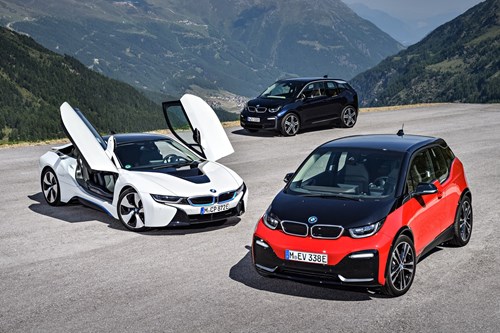 BMW says it will have 25 electrified models by 2023 and it expects the number of battery-electric vehicles in the BMW Group to grow 20% annually between 2025 and 2030. They are also targeting a 25% cut in production cost per vehicle by 2025. It is increasing its presence in China with plans to build 360,000 electric charging sites, and with a big tick in the “green” box for the company, it has helped push the share price to a 52-week high in June.

Continuing the positive outlook closer to home, we witnessed an outstanding, and energised, performance by the England football team on Saturday night in the Euros with a comfortable 4-0 win against the Ukraine. This sees them progress to the semi-finals against Denmark on Wednesday, the first time they have advanced this far in a competition in 25 years. 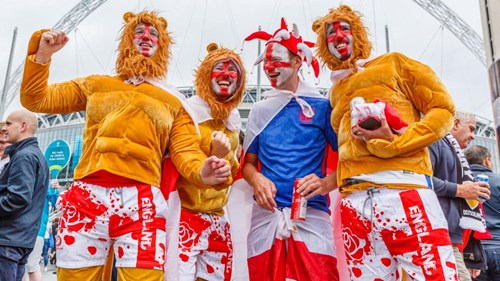 Can Gareth Southgate’s boys go all the way and do we dare to believe it might, actually, be coming home….?