In his latest commentary, chief investment officer Kevin Boscher discusses how global growth has likely peaked and that inflation could follow. 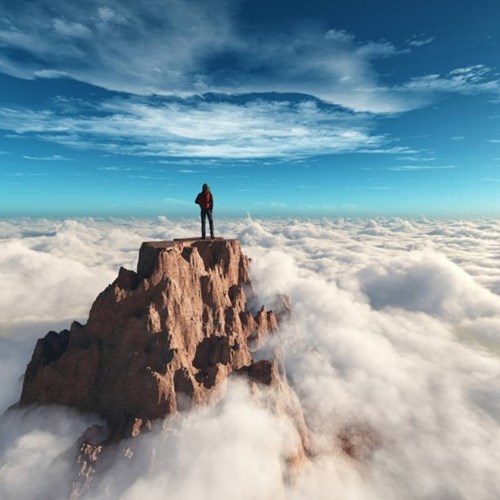 Since early last year, the global economy has experienced an unprecedented and swift contraction during the pandemic, an extremely compressed and powerful recovery and, moving forward, it will most likely have to settle back to its steadier long-term growth rate. Indeed, there are a number of signs that world economic activity has peaked for this cycle and is gradually slowing. For example, falling sovereign bond yields, a flattening sovereign yield curve, the renewed outperformance of growth over value, falling commodity prices and a stronger dollar are clear market signals. A number of leading economic indicators are also confirming the message. China is well into this resettlement period, as its economy recovered first and is also leading the slowdown. The US economy will be next, followed by Europe. At the same time, the fog of inflation is likely to last a while longer and a stagflation scare is possible, especially as the Covid-19 Delta variant spreads and results in staggered or delayed economic reopenings. I remain optimistic on the outlook for the global economy and financial markets but we need to be aware of the changing macro backdrop and the likely implications for investment strategy.

The US economy is likely growing at a 6-7% annual rate at present, but its secular rate is much lower, somewhere between 1.5-2%. One way to look at economic growth potential is simply to examine the likely changes to either the working population or the productivity of the workforce. The US, and most other developed economies. has an ageing demographic and, in addition, the labour participation rate has plunged during the recession. Whilst workers will likely continue to return to work over the next few months, nobody can be certain that employment trends will go back to their pre-pandemic levels due to a number of factors, including the uncertain and changing economic climate, health related issues and the psychology of the labour force. It’s certainly true that an accelerated pace of technological disruption and advancement, together with increased government spending on infrastructure type projects should boost productivity, but again this should not be taken for granted and, in any case, will take years to emerge. 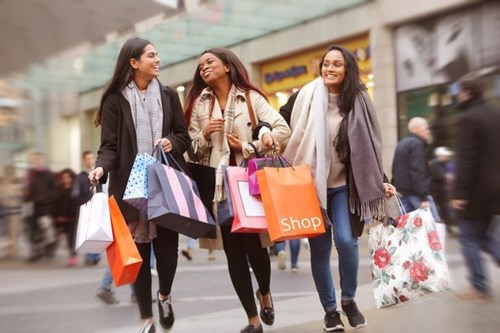 Time for a spending spree?

We can also look at this from a different perspective and analyse the four key components of economic activity; consumption, investment, net exports and government spending. In most developed economies, consumption accounts for well over half of growth, approximately 70% in the case of the US and UK. Many inflationists believe that US consumers are about to draw down on savings and embark on a massive spending spree as activity normalises and that this, in combination with sustained government spending and increasing corporate investment will drive inflation and growth higher. Although this is certainly a possibility, there are several reasons why this may not pan out as expected. Since the GFC in 2008, consumers in the US and elsewhere have proven much more inclined to boost savings and pay down debt rather than spend more. This is a natural outcome as the demographic ages and focuses more on planning for retirement at the same time as consumption needs change. Also, it is important to remember that savings are not just about cash in the bank, they include financial assets, such as property and equities. These are naturally less liquid and would need to be sold down to fund any increased consumption. In addition, although things are improving, the economic and post-Covid world remains highly uncertain and cloudy, encouraging consumers to save more and spend less, especially if they think that taxes are about to go up. 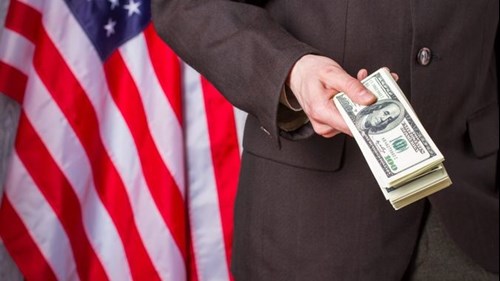 A change in financial support

Turning to fiscal spending, its true that the US and other governments have spent enormous amounts of money on supporting economies, workers and businesses through the pandemic. I also expect many governments to continue to run with bigger fiscal deficits for some time as they resort to Keynesian policies in order to combat the threats from Covid, growing income inequality and climate change. However, it is important to remember that US fiscal support will largely end after September, turning fiscal stimulus into a significant fiscal drag. The US has already spent in excess of $4tn on propping up the economy but the positive impact from this has already been felt. Even if the administration passes the much-touted infrastructure package, this is a much smaller $1tn and will be spread out over many years. From an investment perspective, companies are unlikely to significantly increase spending unless they believe that demand is going to move materially higher on a sustainable basis. Having said that, they will probably continue to increase investment in technology in order to boost productivity and maintain profitability against a background of rising wages and other input costs. Finally, global trade has picked up markedly from last year’s lows but is unlikely to accelerate from here on in as global growth slows and some of the supply and demand distortions created by the pandemic work their way through the system. 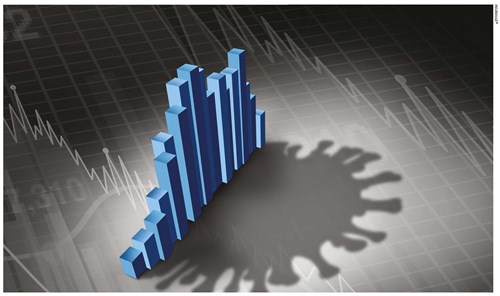 The outlook for inflation

I have previously written at length about the importance of the inflation outlook and whether the current spike in reported inflation is likely to prove transitory or the start of a longer-term up-trend. I am increasingly of the view that inflation is probably peaking around current levels and, like growth, will soon start falling towards pre-pandemic levels. This is largely because the secular disinflationary forces remain very powerful with rising debt levels, a growing excess of global savings, the ageing demographic and accelerating technological disruption. In addition, if global growth is peaking and slows, then inflation can be expected to follow. Also, there are signs that some of the Covid related disruption to supply and demand, which has been a significant factor in pushing inflation higher are starting to ease. For example, semi-conductor prices have stopped rising and the chip shortage appears to be easing. If correct, then used car prices, which accounts for 32% of the recent spike in core CPI inflation, will plunge, bringing inflation down quickly. The San Francisco Fed has measured the composition of the recent rise in reported inflation and have concluded that most of the Covid adjustments relate more to demand, which will gradually settle down and are cyclical rather than core. It’s also worth noting that short-term inflationary pressures appear to be strongest in the US, whereas in China, Europe and Japan, disinflation is once again looking more likely. If global growth and inflation are peaking, then this will add support to the dollar and a stronger dollar will help contain US inflationary pressures. The inflation outlook remains the critical issue for long-term investment strategy but there is growing evidence that central banks are correct to be relaxed and that inflation, like growth, will soon be headed back down. Certainly markets believe this view judging by the recent decline in bond yields and break-even inflation rates. Indeed, markets are starting to price in the prospect of mild deflation in 2022 and beyond. Whilst I think this is unlikely, I could make a case if the global economy slows as expected, the secular trends resume their dominance and if central banks make the mistake of tightening policy too soon. 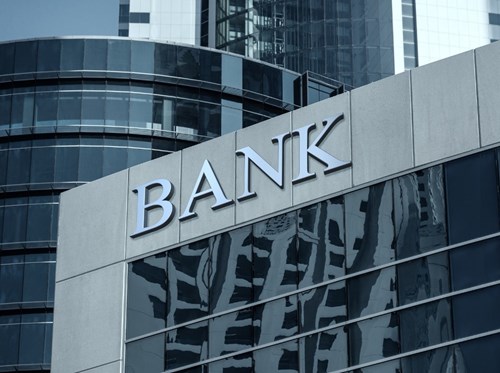 The role of central banks

Central banks have a tough job in this environment. As I have outlined above, I can make a case for growth slowing from here whilst longer-term trends could get a boost from increased spending and productivity enhancing measures. Similarly, inflation will likely prove transitory and will eventually revert to pre-pandemic levels, although this is far from certain and this time “may well be different”. Given this huge divergence of potential outcomes and since nobody can be sure what comes next in the post Covid world, central banks are probably best advised to stay patient, keep an open mind, be flexible and keep policy very accommodative for now. I think it would be a big mistake for the Fed, in particular, to either taper or raise rates too soon and again the markets seem to agree with me. There is also a chance, in my view, that slowing growth and inflation will mean that the Fed does not need to taper or raise rates at all in the next year or so. In fact, given the secular forces and elevated debt levels, economies are increasingly sensitive to rising rates. Consequently, I could make a case why the Fed might not be able to raise rates for many years to come as the US follows the path of Japan and Europe. That’s for another article, however. 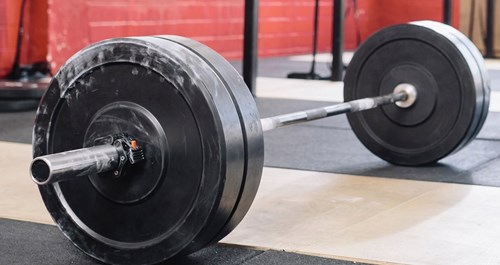 So what does it mean for investments?

We continue to believe that a barbell strategy is appropriate in this environment as we navigate our way through the fog and given the diverging and conflicting potential outcomes. Our long-term thematic approach seems entirely sensible and, if anything, the outlook for technology, increased healthcare spending, the growing wealth of the emerging consumer and increased investment in environmental related projects is strengthened post Covid. Related thematic stocks should continue to outperform in a growth starved world. At the same time, central banks and governments will continue to pursue reflationary policies and if economic activity does not slow but rather stays above long-term trend for some time, then value and cyclical oriented equities plus credit markets will do well. Also, the UK remains a sound long-term value play with Brexit and Covid largely in the rear-view mirror. Given the likelihood that inflation may be peaking around current levels, it makes sense to have some deflationary hedges in place, including defensive stocks and sovereign bonds. At the same time, one cannot ignore the potential for rising inflation on a longer-term view, hence it makes sense to have some exposure to TIPS and maybe gold in portfolios. The bottom line is that the short-term economic and market outlook is as uncertain and unpredictable as ever, perhaps even more so post pandemic. Therefore, we are sticking with out long-term approach, which has served us well in numerous previous cycles, and believe that our current investment strategy should continue to protect our clients’ wealth and deliver consistent and superior returns in the years ahead.