Later this month, the UN Climate Change Conference UK 2021 starts in Glasgow – the first time it has been held in the United Kingdom. Known as COP26, it will bring together 197 nations and territories to accelerate action in tackling climate change. In this series of four articles, Ravenscroft’s fund research team explain more about COP and what it hopes to achieve.

Many of you may have heard the term but may not really know the rationale behind the two-week meeting or indeed what it sets out to achieve. As a bit of background, COP stands for Conference of the Parties, which on its own, does not this make it any clearer. Add in the fact that the COP is the supreme decision-making body of the Convention and it is still no clearer. So for the purpose of this article: “The Conference of Parties, known as COP, is the decision-making body responsible for monitoring and reviewing the implementation of the United Nations Framework Convention on Climate Change, whose objective is to "stabilize greenhouse gas concentrations in the atmosphere at a level that would prevent dangerous anthropogenic interference with the climate system". COPs happen annually and bring together 197 nations and territories – called Parties – that have signed on to the Framework Convention. COPs help governments to set their own climate change targets, and thus the climate change targets of different sectors, localities, and organisations. 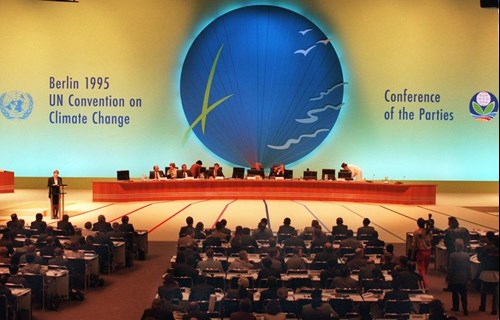 The first ever COP meeting was held in Berlin in March 1995 and has been every year since then – with the exception of 2020 due to the pandemic. This year’s meeting COP26 is being held in Glasgow and may be why you may have heard more about it this year than previously, as this is the first time it has ever been held in the United Kingdom. Significant initiatives have been borne from previous COP meetings, leading many to speculate what COP 26 will bring. COP3 was held in Koyto, Japan in 1997 and this is where the treaty that committed countries to limit greenhouse gas emissions in line with certain targets was adopted and named the Kyoto Protocol. The countries agreed to legally binding reductions in greenhouse gas emissions versus the 1990 levels those countries were exhibiting. The next big milestone was COP21 held in Paris during 2015, this is where the Paris Agreement was born, and where the target of 1.5 degrees on global warming was placed. The central aim of the Paris Agreement is to encourage countries to take action to keep global temperature rise in this century well below two degrees Celsius above pre-industrial levels, and to pursue efforts to limit the temperature increase even further to 1.5 degrees Celsius, thus limiting further climate change. The conference brings parties together from all over the world to accelerate action towards the goals of the Paris Agreement and UN Framework Convention on Climate Change.

Why is COP26 important?

COP26 is important because:

It is also an important opportunity for the UK and Scotland in particular to demonstrate what it is doing to reduce climate change and shift towards a lower-carbon, more inclusive society.

Prime Minister of the UK Boris Johnson has stated in regard to COP26:

“Securing a brighter future for our children and future generations requires countries to take urgent action at home and abroad to turn the tide on climate change. It is with ambition, courage and collaboration as we approach the crucial COP26 summit in the UK that we can seize this moment together, so we can recover cleaner, rebuild greener and restore our planet.”

If there is one thing we can conclude, it is that climate change and the technology that will be needed to tackle this huge issue will only get stronger over the next few decades which means that both environmental solutions and innovation remain attractive areas of investment.