Weekly update - A look back on the Conference of Parties

The Conference of Parties, or better known as COP26, is the coming together of nearly 200 governments globally to agree targets for the reduction of CO2 emissions, and it came to an end in Glasgow on Friday.

The two-week conference, which was the 26th COP meeting, was the most significant gathering of world leaders since the ‘Paris Agreement’ in 2016.

The conference focused on what is needed globally, calling for electronification and accelerated energy transition globally. For 12 days, members engaged in intense discussions regarding timeframes and levels of reductions in CO2 emissions as well as negotiated levels of assistance for developing nations to adapt, as well as compensate them for the effects to people, their livelihoods and damage to infrastructure caused by global warming.

As the conference came to a close, there was overall agreement to accelerate action on climate and commission president Ursula von der Leyen said progress had been made on three key objectives set at the start of the conference.

Firstly, commitments were made to cut emissions to keep within reach of the global warming limit of 1.5 degrees. The nearly 200 countries in attendance also committed to reaching the target of $100bn dollars per year of climate finance for developing and vulnerable countries. And finally, an agreement was reached on the Paris Rulebook (guidelines for how the Paris Agreement is delivered). 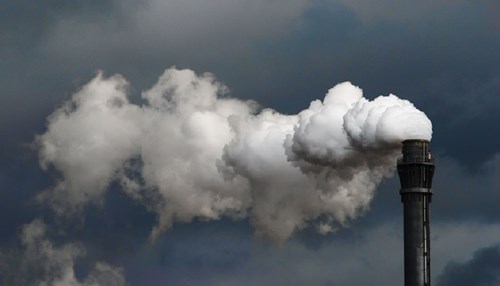 Germany is by far the largest CO2 emitter in Europe, and currently generates 24% of its electricity from coal. The investment required for the transition to renewable energy is significant and investors will be looking for clues in the conference as to how a faster transition towards net zero may affect them.

It’s not just corporates and governments that will feel the effects, one-off costs such as renewing gas boilers, buying electric cars and insulating homes as well as annual increases in domestic energy costs, aviation tax, driving charges and higher fuel tax will all be part of the higher cost to us as individuals.

These challenges have also provided opportunities and prompted companies to act. Rolls Royce, for example, has secured joint funding with the UK Government for its small nuclear reactors business SMR’s. The government will invest up to £210m to build these reactors which when built will power up to a million homes, and will occupy space of approximately two acres, another step in winding down the UK’s reliance on fossil fuels.

During its recent update Rio Tinto announced that they were aiming to halve carbon emissions by 2030, tripling earlier targets. The miner has earmarked cap ex spend of up to US$9bn in 2023 and US$10bn in 2024. Recognising the importance of decarbonising, management has chosen to accelerate the process, and are able to do so with their strong balance sheet, while also pointing out the importance of the commodities they produce to the energy transition and electronification. (Source: https://www.riotinto.com/news/releases/2021/Rio-Tinto-to-strengthen-performance-decarbonise-and-grow)

Other companies we know who have benefitted and continue do so from sustained investment in renewable energy includes the likes of The Renewables Infrastructure Fund (Source: https://www.trig-ltd.com/investors/reports-and-publications/), which owns and operates wind farms and solar parks in the UK and Europe, and Greencoat UK Wind, which owns and operates wind farms across the UK and is in the process of another discounted fund raise of £200m. (Source: https://www.greencoat-capital.com/funds/uk-wind)

Gresham House Energy Storage Fund (Source: https://greshamhouse.com/real-assets/new-energy-sustainable-infrastructure/gresham-house-energy-storage-fund-plc/) owns commercial battery plants across the UK and Ireland and offer frequency response to supply / demand imbalances of the UK electricity grid, as well as trading the power price volatility created by increased renewable energy. Historically, these funds have delivered annualised total returns in excess of 10% with some degree of protection from inflation.

Opportunities are also apparent as innovators look to maximise performance and storage capacity of all types of batteries.

You only need to look at the Tesla share price performance, up circa 47% this year, to see how rapid the transition is (Source: Bloomberg).

Even here at Ravenscroft we have had to consider our own carbon footprint and have appointed an external specialist to measure and ultimately reduce it. 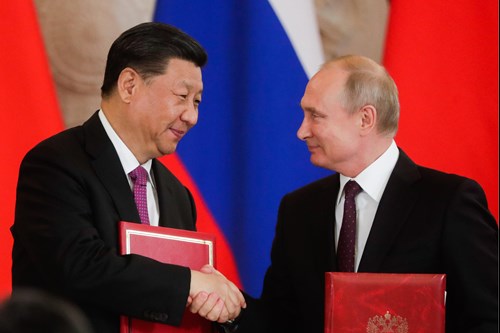 Returning to COP26, sadly it didn’t include Xi Jinping or Vladimir Putin, but rather delegates from China and Russia, and in a last-minute twist China and India effectively hijacked and watered down one of the primary objectives of stopping the use of fossil fuels in power generation. Despite this, China has tried to cut emissions domestically by reigning in its steel production, while simultaneously sending iron ore prices to their lowest levels for two years. (Source: https://tradingeconomics.com/commodity/iron-ore)

Putin, however, appears more occupied with amassing troops on its border with Ukraine than agreeing emissions cuts, and as the single largest supplier of gas to Europe (providing around 43% of imports last year) has little motivation to do so. Instead, Russia has agreed and signed up to tackle deforestation, ironic considering the vast swathes of forest were destroyed during construction for the Winter Olympics in Sochi in 2014.

Unsurprisingly there has been much criticism surrounding this gathering with high profile activists and eco warriors crying ‘too little too late’. Others, however, are more optimistic and feel that the outcome of these meetings can herald real change, such as Goldman Sachs suggesting COP26 ‘could prove a catalyst for turnaround’, and HSBC suggesting ‘a successful COP26 would set the tone for policy change over the medium to long term’.