Alex Rich, ESG analyst at Ravenscroft, looks at the progress made since COP26, in advance of COP27

Last year Netflix released a film called ‘Don’t Look Up’, a fictitious depiction of a catastrophic event which could wipe out mankind, and naturally mankind responded accordingly – filming their demise for social media clout.

We’re of course fortunate though that this is purely fiction and if something equally catastrophic was gradually happening to us, in reality we would of course act appropriately…and if by appropriately we mean mocking two young women for throwing sauce on a protected painting rather than listening to the message they are conveying, or a former US President mocking a young, Swedish climate activist, then we’re on the right track. 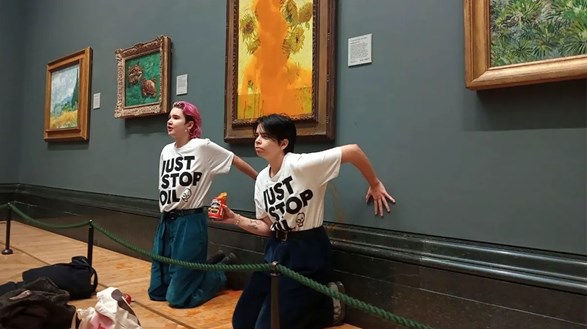 Whilst the above should be taken with a pinch of salt, it helps to contextualise the atmosphere in which the COP (‘Conference of the Parties’) events are taking place. The 2022 United Nations Climate Change Conference, more commonly referred to as COP27, will be the 27th United Nations Climate Change conference, will be held from 6 to 18 November 2022 in Sharm El Sheikh, Egypt.

Most recognise that climate change is a significant issue but given the perceived lack of immediacy surrounding it, the harsh reality is that few authorities are inclined to take strong actions to match their strong words. And strong words they have indeed, with over 190 countries signing up to the 2016 Paris Agreement to keep global temperatures from rising more than 1.5 - 2 degrees Celsius since the 1800s; this projected a strong statement that necessary action would be taken to make this bold statement a reality for the betterment of mankind. Fast forward six years and the UN Chief, Secretary General António Guterres, has said himself “there has been a tendency to put climate change on the back burner, if we are not able to reverse the present trend, we will be doomed”. ‘Doomed’, a damning critique from a reputable source, highlighting more than ever the need for meaningful action to be taken – and if action were to be taken, then the COPs are as good a chance as any to make it a reality.

It’s important to remember that the Paris Agreement was agreed at COP21, so the COPs are known for these big goals. Let’s recap what happened at the most recent COP, COP26, and see what actual progress has been made since then in advance of COP27. 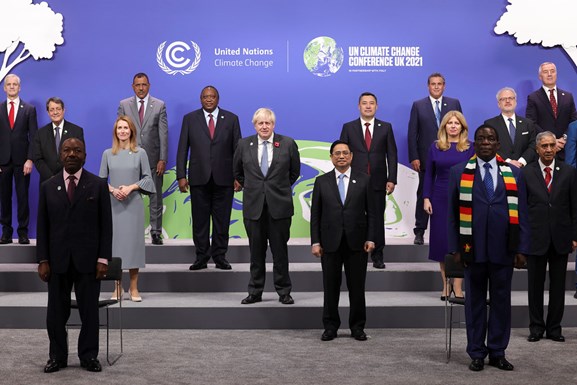 COP26 occurred in late 2021 in Glasgow and there were several key takeaways from the event which gave grounds for optimism, to name a few:

So, if we take the above points, how have they progressed over the past year? Well firstly with the ISSB, one must give them credit. This is very much a step in the right direction to create centralised standards for ESG matters rather than the wild west which we currently find ourselves in. The board is in its infancy but is showing good signs and, although the sceptic in me is currently aware it’s more words than actions as with most COP claims, I am optimistic given it’s a branch of the IFRS, which is responsible for incredibly detailed and effective financial standards. The ISSB comes from good pedigree.

Secondly, GFANZ is in murkier water than the ISSB. Whilst on the face of the GFANZ’s raison d’etre, it’s a noble scheme signalling the real investment needed to achieve the bold but necessary goals of the Paris Agreement, in reality it has already encountered issues in its first year. Primarily, the Alliance has adopted policies allowing institutions involved to continue investing in fossil fuel extraction projects and has softened the commitment to exclude coal projects. Without being overly critical, the Alliance will be a force for good with a focus on net zero. However, the voluntary nature of it may lead many cynics, such as myself, to question the large investment committed with the lack of punishment for not achieving those targets. Potentially, some lenders may just pull out if they can’t get their way with fossil fuel projects etc., or some lenders might consider it more of a PR project than the force for good it really could be.

Thirdly, reading the coal statement above, it provides a semblance of confidence in the parties involved. Recognising that coal is a dreadful polluter and pledging to phase it down is a very positive remark. That is until we realise that the original wording was ‘phase it out’ as opposed to ‘phase it down’ and we once again encounter the issues with COPs. The pledges themselves do not constitute a 100% guarantee that truly meaningful progress will come as a result, and then when countries such as China and India – the largest coal consumers in the world - can throw their weight around to reduce the pledge to ‘phase it down’ as a compromise, then it brings into question how resolutely global parties are taking our upcoming doom.

While the aim of the COPs is undoubtedly for the good of all, it's unfortunately not difficult to look at the COPs with a cynical lens. Perhaps this is because, very much like the current state of ESG, it’s all very qualitative in nature as opposed to quantitative. Big statements backed up by comparably smaller and less formalised results. As we approach COP27, we know that they will focus on “reducing emissions, helping countries to prepare and deal with climate change, and securing technical support and funding for developing countries for these activities”. It remains to be seen if these focuses will result in monumental change, but history would suggest, in line with the recent 2022 UN Emissions Gap Report, a disappointing ‘no’.

Much like Leonardo DiCaprio in ‘Don’t Look Up’, it’s easy to stand aghast at the seeming lack of concrete change being sought by the powers that be in the face of this great green crisis. I wouldn’t necessarily blame you for resigning yourself to the fate of the direction that the powers that be seem to be taking us. But I present you with a sprinkle of optimism, you can seek positive change and entrust that mankind won’t film their demise but rather will conquer it. 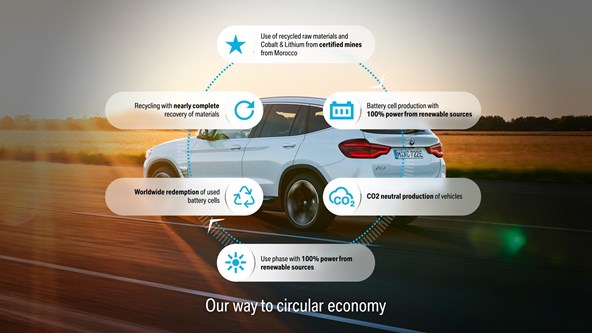 We are seeking that positive change here at Ravenscroft through our investment strategy, and one example of this can be found within our Blue Chip Fund with our position in BMW. BMW is of course a mainstay in the transport industry, which itself is a key industry to seek transition from fossil fuels to meet our climate goals. BMW recognises the importance of this and is increasingly focusing its efforts on electrical vehicles and is becoming a market leader in this regard. We are constantly researching and seeking good value investments for our clients, which we feel BMW is. Currently providing both a good return and matching our high ethical expectations – recognising the important role investing plays in encouraging companies to play their part in this great green crisis.

This approach is taken across all our funds, but one to especially highlight is our new Global Solutions Fund*. Putting these concerns at the forefront, the Global Solutions Fund is looking to invest in the most innovative companies around for the benefit of both people and planet.

Ultimately, we can either condemn ourselves to be ‘doomed’, or we can all recognise the seriousness of the situation, demand more and meet our goals. Ravenscroft will always strive to do the latter.

FINANCIAL PROMOTION: The value of investments and the income derived from them may go down as well as up and you may not receive back all the money which you invested. Any information relating to past performance of an investment service is not a guide to future performance.

*Global Solutions is only available to Channel Island investors.